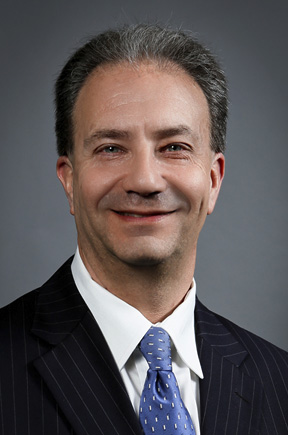 Eric D. Mann concentrates his law practice in the representation of community associations and has developed an extensive practice in the South Jersey region. With association clients in Atlantic, Cape May, Burlington, Gloucester, Ocean and Camden counties, Mr. Mann has established himself as a well recognized and respected practitioner in the field. In addition, he has a focus in Real Estate and Business Law. He is licensed to practice in New Jersey and Pennsylvania.

Born in 1960, Mr. Mann obtained his B.A. from Rutgers University in 1983 and his J.D. from Pace University School of Law in 1986. Immediately after law school, he served as a Judicial Clerk to the Honorable Gerald Weinstein, the presiding judge of New Jersey Superior Court, Atlantic County, from 1986 to 1987. Following a lengthy and successful position with Sills Cummis in Newark, Mr. Mann became Of Counsel to McAllister, Hyberg, White & Cohen in 2002, becoming a shareholder in Hyberg, White & Mann in 2009. He was admitted to the New Jersey State Bar in 1986 and the Pennsylvania State Bar, also in 1986. He is licensed to practice before the United States Court of Appeals for the Third Circuit and the United States District Court for the District of New Jersey.