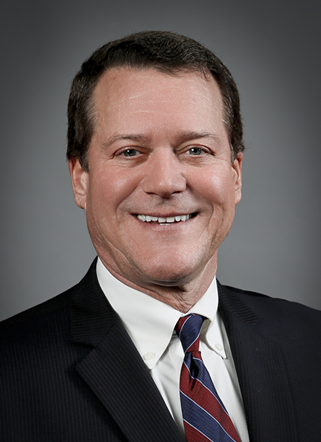 Joseph B. White is a founding member of Hyberg, White & Mann who has devoted his entire legal career of more than 40 years to the handling of Workers’ Compensation cases. His expertise in Workers’ Comp matters was recognized two decades ago with Certification by the Supreme Court of New Jersey as a Workers’ Compensation Law Attorney, a distinction he has maintained since certification was first offered in April 1998.

Mr. White is a longstanding member of the Atlantic County Bar Association, New Jersey State and American Bar Associations, and The American Association for Justice, formerly the Association of Trial Lawyers of America-New Jersey. He proudly served as Co-Chairman of the Workers’ Compensation Section of the ATLA-NJ Boardwalk Seminar from 1995-2003.

Mr. White has been recognized with the Preeminent Rating of “AV” by Martindale-Hubbell, the world’s leading reference source for attorneys, representing the Highest Rating in both Legal Ability and Ethical Standards. Mr. White is similarly recognized for Excellence by Super Lawyers magazine, a distinction awarded to only 5% of New Jersey’s attorneys, and by New Jersey Monthly as a Top Attorney in New Jersey. For many years, Mr. White has been a Master of The Justice James H. Coleman, Jr. New Jersey Workers’ Compensation American Inn of Court.

Mr. White resides with his wife in Galloway, NJ where he was involved for many years in numerous community endeavors, most notably as a longtime baseball coach with the Galloway Township Athletic Association, as a volunteer youth and young adult sports coach in basketball and wrestling, and for years with such organizations as Legion Baseball, AAU Baseball, and the Police Athletic League. He proudly served for over a decade as Attorney Coach for the Absegami High School Mock Trial team, and was legal counsel and construction worker with the Citizens Committee which erected Galloway’s children’s recreational playground, “Imagination Station”.