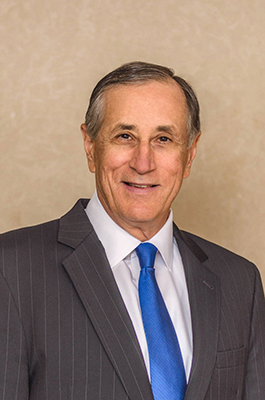 Co-founding partner, Lars S. Hyberg, retired 12/31/2021 after a long and distinguished career as a personal injury expert. During his stellar career, Mr. Hyberg successfully advanced the causes of countless injured clients and was instrumental in establishing Hyberg, White & Mann as a preeminent personal injury law firm. His stewardship of the firm and skills as an attorney set a high standard of excellence to which the firm remains committed.

Prior to this well deserved retirement, Mr. Hyberg was certified by the Supreme Court of New Jersey as a Civil Trial Attorney and practiced in Atlantic County since 1979. He was recognized by his fellow attorneys with the Martindale-Hubbell peer review rating of “AV” representing the Highest Rating in Legal Ability and Ethical Standards, by New Jersey Monthly as a Top New Jersey Lawyer, by New Jersey Monthly as a Top Legal Mind in New Jersey, by Super Lawyers Magazine as a Super Lawyer and is a member of the Million Dollar Advocates Forum. He focused his practice in the field of Personal Injury and Premises Liability Law.

Raised in Burlington Township, New Jersey, Mr. Hyberg spent his entire education and professional life in New Jersey. He obtained his B.S. from Rutgers University, graduating with honors in 1976 and earned his J.D. from Rutgers Law School in 1979. He was admitted to the New Jersey Bar in 1979, the U.S. District Court for the District of New Jersey in 1983, the United States Third Circuit Court of Appeals in 1994 and the U.S. Supreme Court in 1985. After practicing in Atlantic County for 17 years, in 1996 he became a founding partner of Hyberg, White & Mann.

Mr. Hyberg is a past President of the Trial Attorneys of New Jersey for whom he was a Trustee from 1990 to 2003 and is a past Trustee of the Atlantic County Bar Association. He served as an Arbitrator for the Atlantic County Superior Court and in surrounding counties for over 30 years. In addition to his trial work, he appeared in either the New Jersey Supreme Court or Appellate Division over 20 times with 14 reported decisions. Professional memberships included the New Jersey State and American Bar Association, Trial Attorneys of New Jersey and the New Jersey Association for Justice. He previously served as counsel to the Bio-Ethics Committee of Burdette Tomlin Memorial Hospital and was a member of the New Jersey Insurance Commissions Task Force on Medical Malpractice Insurance from 1984 -1985.